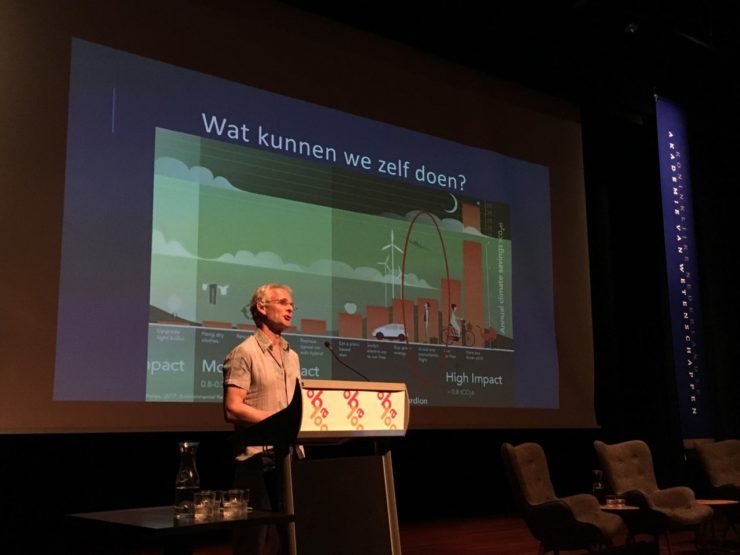 On the 24th of June, Fair Limits, in cooperation with the Royal Dutch Academy for the Sciences (KNAW) hosted an symposium on moral responsibility in the context of climate change. Despite the tropical temperatures outside, the auditorium of the Public Library in Amsterdam was almost fully packed.

Ingrid Robeyns kicked off the afternoon by outlining the moral problems raised by anthropocentric climate change. Detlef van Vuur (UU) provided the audience with a crystal clear analysis of how much needs to be done in terms of reduction of emissions to reach the targets agreed upon in the Paris agreement. Marcus Düwell (UU) sketched the moral challenges that both individuals and public institutions face when acting on their climate obligations. Marc Davidson (University of Amsterdam/ Maastricht University) lucidly argued that reducing air travel should be a priority, and that individuals have an obligation to stop flying.