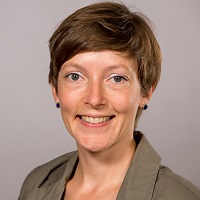 Dorothea Gädeke is Assistant Professor in  Political Philosophy at Utrecht University. Her research focuses on Republicanism and theories of structural injustice, power and democracy, especially regarding the relations between the global north and the global south. She is particularly interested in the republican notion of domination and its relation to Critical Theory. In her recent book she uses this lens to critically engage with the idea and politics of democracy promotion. Her interest in African philosophy reflects her concern with structural injustices by confronting relations of domination within academia itself.

As an affiliate member of the fair limits project she is interested in confronting the liberal paradigm with critiques articulated in African contexts and Critical Theory.